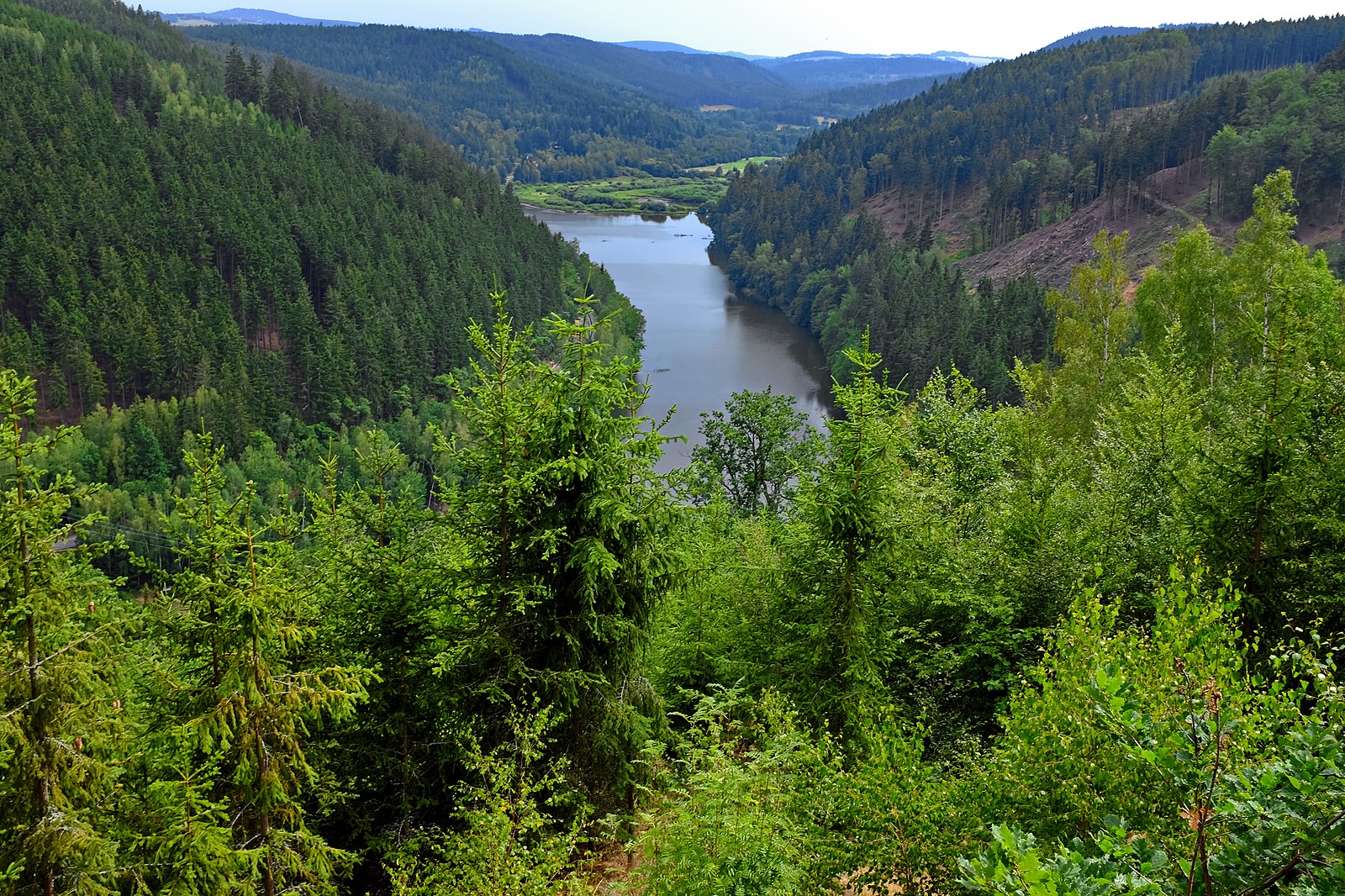 The granite rock town was created by the Ohře River forcing its way through the Karlovy Vary granite massif between Loket and Doubí, forming a deep canyon.

The historic town of Andělská Hora was founded in the second half of the 15th century by the Lords of Plauen right below a Gothic castle from the 14th century of the same name. Later, Andělská Hora was part of the manor of the nearby Kysibl Chateau (Stružná). Since the end of the 1800s, the town with romantic castle ruins became a popular outing destination of Karlovy Vary spa guests.

At the beginning of the 13th century, Loket, a royal castle was built on a landmark promontory within the Ohře River bend. It used to be called the “Key to the Czech Kingdom”. Soon after, a small town, first mentioned in 1288, arose below the castle. In the early 15th century the royal town was fortified and turned into an important focal point of the Czech Crown.

The originally Gothic castle was probably built in the early 14th century on a high promontory above the Teplá River to protect an important crossroad of provincial roads. The first written mention of the local fortified settlement dates back to 1349, the days of the Lords of Riesenburg. In 1387, the settlement below the castle was granted the status of a town.

Teplá Abbey  is a Premonstratensian abbey in the western part of Bohemia, included in the Archdiocese of Prague; it was founded in 1193 by the blessed Hroznata, a Bohemian nobleman (d. 1217).

The botanic garden in the Slavkovský les mountains

The vast area between Prameny and Mnichov ranks as one of the most interesting nature parts of the Slavkovský les Mountains.

A walk through the SOOS nature reserve lying six kilometres northeast of Františkovy Lázně is a trip to the times three million years ago. A vast, more than 200-hectar peat bog and moor can be found on the bottom of a dry lake in the area where the last active volcanoes on the Czech territory still existed in early Quaternary. ní.

People knew about mineral springs in the midst of swamps and deep forests, in place of today’s town since the Middle Ages. However, their healing effects were not subjected to studying until the late 18th century. In 1812, the Abbot of the Teplá Monastery, Karl Gaspar Reitenberger decided to build an independent village called Mariánské Lázně, and in 1818, it was declared a “public spa resort.”

A small and handsome spa town near Karlovy Vary. Among the most important visitors to the spa were Ludwig van Beethoven, Johann Strauss and Johann Wolfgang Goethe, who described the local spa in the middle of greenery as one of the most beautiful places in the heart of Europe.

The original market settlement with its Romanesque church was founded by Slávek from the House of Hrabischitz in place of an older Slavic settlement in the early 13th century. 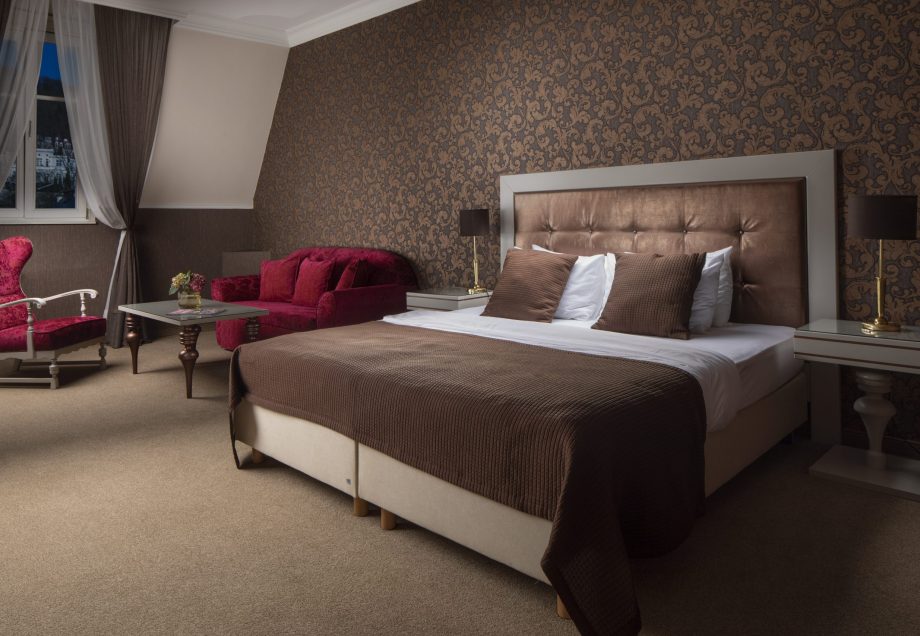 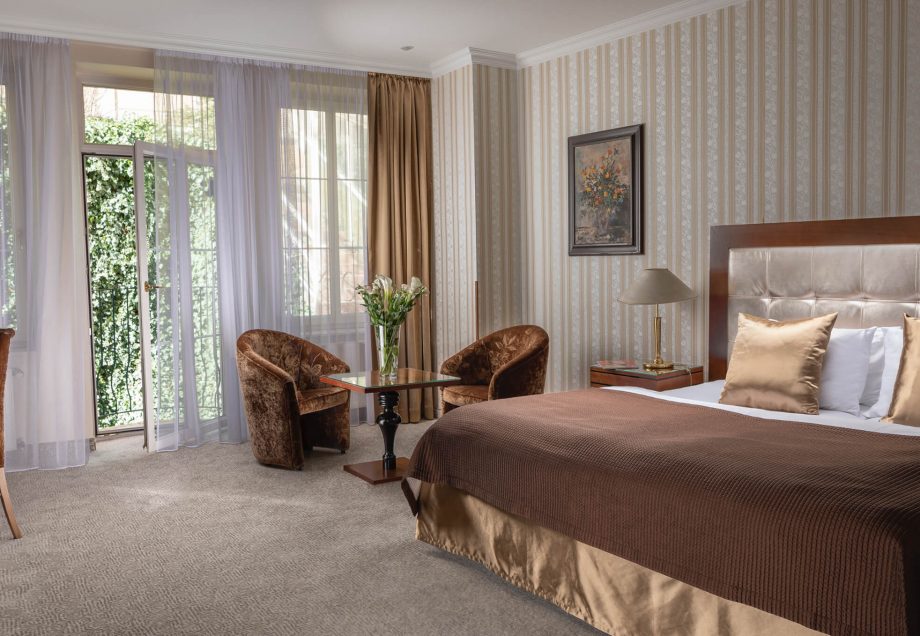 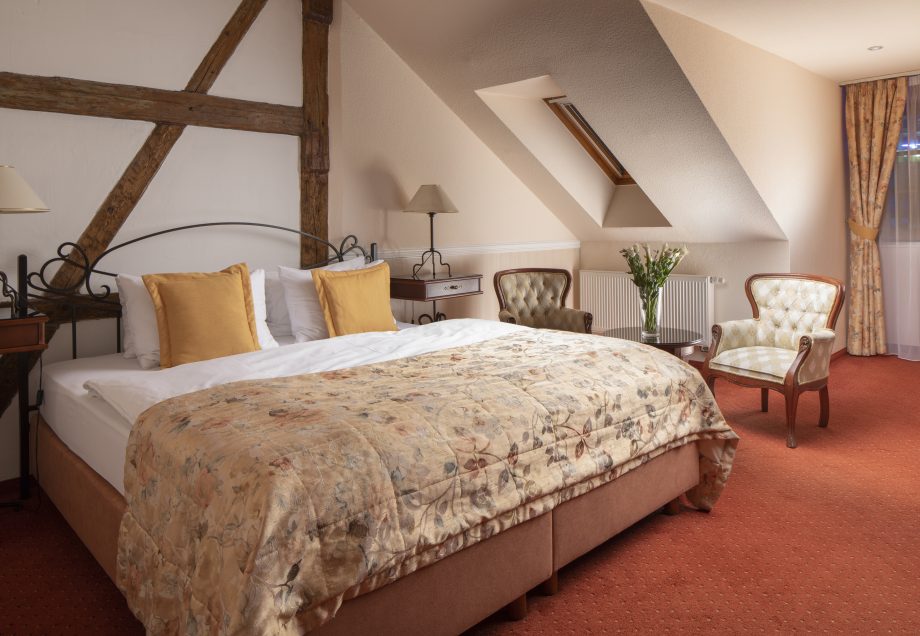