Come and enjoy our

The concept of the restaurant is in the spirit of international cuisine, perhaps more with an emphasis on French gastronomy. It’s the chef’s love :).

The heart of the kitchen is the ower itself Mr. Pazderka, a trained chef who has worked at GH Pupp as a maitre de hotel in a French restaurant since graduation and has successfully participated in several national competitions. He now compiles a menu and recipes and works exclusively with fresh ingredients.

He is also a wine connoisseur and together with his son he provides not only domestic production from the family winery of his nephew Stanislav of Bořetice, but also wines from all over the world.

The level of the restaurant is evidenced by many awards and evaluations not only of domestic clients, but also of world stars who were our guests on the occasion of the International film festival. 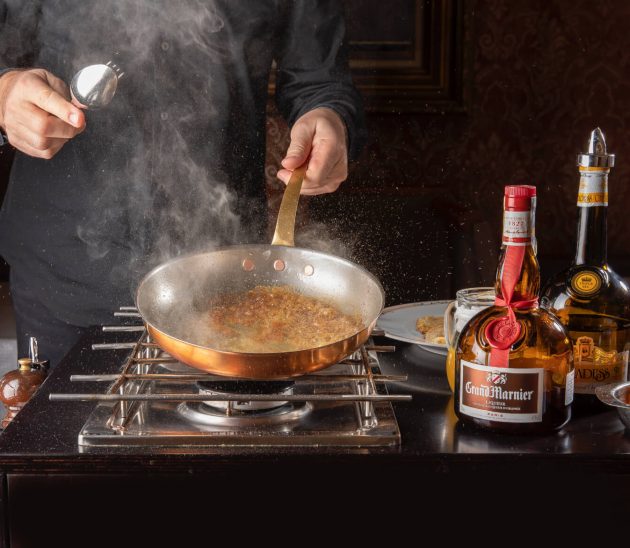 What the guests say about us?

OK, so I haven’t eaten at every place in Karlovy Vary, but I’m quite confident that Promenada is as good as you can get.

Walking in off the street, without a reservation, hoping for a spare table for dinner we were ready to be turned away. But no, we were warmly welcomed and every effort was made to set up a table for us, with minimal fuss and inconvenience to other diners. Great start.

While never being a fan of French cooking, or French restaurants, Promenada made me think twice about my previous experiences, and that I probably have just had isolated bad dining experiences – mostly in England (ha!). The service was as good as anywhere I have been – friendly, cheerful, positive and very helpful with suggestions of wine and drinks, and with detailed information about the dishes on offer. (Multilingual too).

The starter of smoked trout served with a horseradish-infused mayonnaise. So light, so good. For mains we had veal scallop and rabbit with bacon and garlic. My pictures don’t show how well prepared these dishes were, nor how well balanced they both tasted, but wow… they were on point. I’m also not a fan of a loaded plate, and prefer the popular way of presenting meals by building the dish upwards, but this is all forgotten as we sat there slowly demolishing of dinners, with only an occasional moan of satisfaction escaping our lips. Brilliant cooking.

We had a good chat with the dining staff about wine selections, and opted for a bottle from the owners’ vineyard. Very reasonably priced and a perfect accompaniment to both our dishes. We also let our waiter talk us into sharing the strawberry dumplings for dessert, along with a hruškovice that they had matured in an oak-barrel so it had developed a creamy flavour and taken some edge of the harshness off similar store-bought Czech alcoholic beverages. Highly recommended.

Can’t praise the crew at Promenada any higher.